Welcome to The Narwhalswap Protocol

Has anyone seen a real unicorn?

The unicorn is a legendary creature that has been described since antiquity as a beast with a single large, pointed, spiraling horn projecting from its forehead. The unicorn was depicted in ancient seals of the Indus Valley Civilization and was mentioned by the ancient Greeks in accounts of natural history by various writers, including Ctesias, Strabo, Pliny the Younger, Aelian and Cosmas Indicopleustes.

Unicorns are magical creatures that appear in just about every fantasy novel. Unicorns are in our dreams and many people's dreams. Every time we dream of seeing a unicorn, we hope that it will become true. However, It is seen only in a dream and fantasy novel.

What is a narwhal?

The narwhal or narwhale (Monodon monoceros) is a medium-sized toothed whale that possesses a large “tusk” from a protruding canine tooth. It lives year-round in the Arctic waters around Greenland, Canada, and Russia. It is one of two living species of whale in the family Monodontidae, along with the beluga whale. The narwhal males are distinguished by a long, straight, helical tusk, which is an elongated upper left canine. The narwhal was one of many species described by Carl Linnaeus in his publication Systema Naturae in 1758.

Yep! The narwhal has horns like a unicorn. But the difference is that the narwhal is in the ocean and actually lives.

The reality is now. No need to wait any longer, get started right away. The BSC (Binance Smart Chain) like the ocean is a habitat for tangible life. It is a habitat for Narwhal. The tangible unicorn in the world.

Narwhalswap is aiming to expand DeFi ecosystem on Binance Smart Chain. The most powerful chain at this time. Recently, we’ve seen a boom in DeFi. But the native chain of DeFi is becoming more and more congested. Slower but more and more cost. It’s time to move forward.

Narwhalswap is an AMM protocol but is on Binance Smart Chain. We focus on expanding the DeFi project on this chain to overcome barriers and make glorious the world of DeFi.

To the expanding of DeFi project, we adopt a combination design concept to attracting many crypto investors and developers. We carefully designed the system to be effective in line with our goals, as if the unicorn on land was a Uniswap, the ocean unicorn was us Narwhalswap. 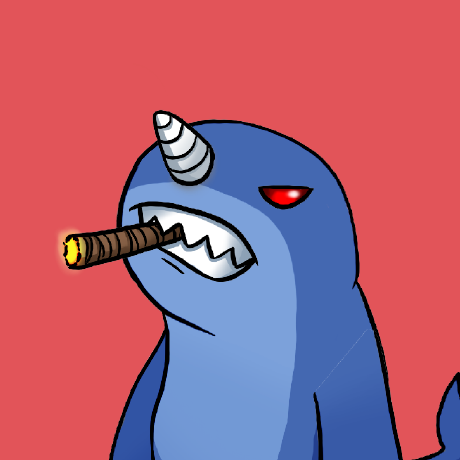